Go here for the book special

Willy Tours “Don’t Skip Out On Me”

Willy’s new novel is coming out and He’s hitting the road. There will be reading and interviews as well as songs from RF and The Delines catalog. Don’t miss it! Details Here

We want to thank everyone who’s come and seen us or let us stay in their basements and floors and sometimes beds. The kindness of strangers is real and before RF I don’t think any of us thought it was. For over twenty years people took care of RF with barbeques and all night drinking sessions, hang over curing breakfasts, and cakes and sandwiches for the hungover drive to the next show. We got to see some of the great dive bars in America, had endless adventures and near misses, and because of luck we all got to travel overseas and see parts of the world we would have otherwise never seen. All along the way people were kind, people took care of us and helped us out, and people came to our shows. What great luck. So thank you. RF is on the back-burner that’s true, but I’ve convinced the guys to do the soundtrack to my new novel. So in one form or another we’ll continue, I hope, to put music out. Thanks again for the ride.   Willy and RF

Request line is now closed. Thank you for the input!

As this will be our last tour for a while we thought we would do an informal poll. What are your favorite RF songs to see performed live?

These can be songs we never play or play often, your choice. Pick up to three songs and send them via our contact form we will run the results through the super-computer and add the top five or so to the set. We have already started rehearsals so let’s put a deadline of September 12 on this so we have a chance to refresh tired brain cells.

Thanks for your continued support

For those of you lucky enough to have tix to Willie at the Edgefield this weekend, don’t be late or you will miss li’l old Richmond Fontaine opening for our idol. That baby is sold out so you will have to catch us at Dixie Mattress Fest on Friday July 22 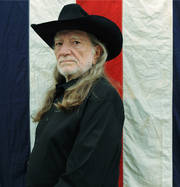 We are looking forward to rocking out with JJ and the Jackmormons Friday night Jul 22. @ Stargazer Farm

If you can’t make the whole weekend they now have single day tix.

May 13 – Portland, OR – Star Theater Record Release Party w/ Minus 5 and Mike Coykendall

Check out this new video from brother Dave. Amazing beard variation as this was shot in one day!!

100 Times Before from gilhouse media on Vimeo.